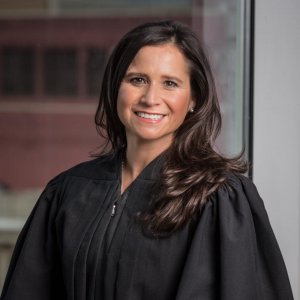 The re-election campaign for Presiding Judge of the 162nd District Court has begun and I greatly appreciate that you have taken an interest in my campaign. Over the past 18 years, I have worked hard to distinguish myself in the legal community as a strong jurist and an accomplished attorney.

As an attorney, I focused on complex commercial and employment litigation. I represented both individuals and businesses in contract disputes, employment disputes, trade secret cases, and complex commercial disputes. I was recognized by D Magazine as a “Best Lawyer” in Dallas and by Texas Monthly Magazine as both a “SuperLawyer” and “Rising Star.” I was previously vetted and endorsed as qualified by the Committee for a Qualified Judiciary. and I have been recommended by the Dallas Morning News.

In addition to my legal accomplishments, my strong record of community service demonstrates my commitment to justice. I served as an officer of the Dallas Bar Association, Dallas Hispanic Bar Association, and Mexican-American Bar Association of Texas. I was also a founding member of the Dallas Hispanic Bar Legal Foundation, which raises scholarship funds for law students and provides stipends to judicial interns. As a judge, I continue to serve Dallas County and the legal community through teaching, lecturing, mentoring and volunteering.

The 162nd District Court and the justice system are fundamental cornerstones of our American democracy. I pledge to continue to serve by approaching my role as a jurist with diligence and integrity. I thank you for your support and your vote.